GET YOUR PERSONAL DEMO

Starr Companies is a global insurance and investment organization. The firm has a presence on five continents and provides property, casualty, and health insurance products as well as industry-specific specialty coverages through its various operating insurance companies. Starr also offers insurance-related services, including claims handling and settlement, reinsurance,
risk assessment, and loss control.

We spoke to Theresa Rago who is the Financial Systems Manager at Starr Companies about how she used CoreIntegrator Enterprise to help Starr Companies manage the complexities of automating accounts payable as well as other workflows for a $5 billion worldwide organization comprised of multiple companies and departments.

With a background in accounting and a CPA under her belt, Theresa had already taken 2 companies from manual AP processing to automated AP and GL systems. 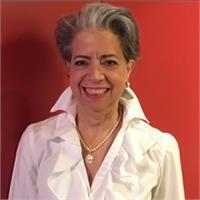 Customization is the key

Like many organizations, before Theresa came to Starr, the AP department was literally passing paper around.

“Each invoice was stapled to a Payment Request Form. Staff had to write the invoice data as well as the allocations on the form. Then the original stapled paper invoice had to be physically sent to approvers who would sign the Payment Request Form with an ink pen for approval. My job was to automate that process,” she said.

“When I came on board at Starr we had just implemented GP and purchased an accounts payable document management system. But as a global organization comprised of many companies we are in a uniquely complex situation. Most accounting solutions and especially AP automation solutions only think about departmental AP allocations. But we deal with allocations across not just departments, but entire companies as well as regional branches that serve multiple companies and departments. That kind of allocation spread is not possible with GP. And, unfortunately, the AP document management system we had purchased could not handle it either.”

Even worse, Theresa said that the system was not user-friendly. “The screens on that AP automation solution were a cluttered mess. Training on that system was a nightmare. Users hated it.”

In the end, Theresa’s team only rolled the legacy AP automation system out to one department before they realized it just wasn’t up to the task of solving for their level of complexity and customization.

It was a setback.

But Theresa had an ace up her sleeve: “I had implemented CoreIntegrator Enterprise before for another employer. So I knew that it could be customized to automate extremely complex processes. We took a look. And sure enough, CoreIntegrator developed a prototype specifically for us.”

“They enabled us to assign a single invoice to a geographic office and then use a formula to automatically allocate the right portions of that invoice across all of our companies and departments that use that geographic location as a branch. It’s a complicated AP process to automate. But CoreIntegrator made it look easy,” Rago said.

With CoreIntegrator’s customized Enterprise AP automation solution in place, Theresa put the ineffective legacy AP automation system out to pasture once and for all.

Over time, Theresa and the Starr team rolled out the CoreIntegrator Enterprise automated AP and document management solution to most of its departments.

But they ran into a particularly complex snag in their tax department.

“Our tax folks not only have invoices to deal with, but they also have state-specific high-volume small dollar amounts of taxes they have to pay every quarter – and to make it even more complex, are pre-payments.”

So once again, Theresa reached out to ask the CoreIntegrator team what could be done.

“They came back and developed a customized automated document management and payable solution that saves us from keying in hundreds of different lines each quarter. Our tax people get an image of the form with the payment data entered in the header. It saves us an incredible amount of time and money,” she said.

“However complex the problem is, CoreIntegrator finds a way to solve it.”

Taking a Strategic Approach to AP and Document Management Automation

As Theresa continued to roll out the powerful and adaptable CoreIntegrator Enterprise system across the Starr organization, she decided to take a more strategic approach to implementing workflow automation.

“We kept adding additional AP and document management workflows. So many that we eventually took a step back and decided to create standardized individual automated AP workflows for each department.”

CoreIntegrator Enterprise gave Theresa and Starr the flexibility to design and tailor specific yet standardized workflows for each department.

And although each department appreciated having an AP process built specifically for them, strategically standardizing and automating AP processing came with a few growing pains.

“Departments didn’t really understand coding of invoices. So that required some training. But the CoreIntegrator Enterprise screens are simple and straightforward. And with one-button allocation spreads the system is extremely easy to use - and as the trainer that made my job much easier.”

But as a stickler for saving and storing back up documentation, Theresa’s favorite feature of CoreIntegrator Enterprise is the ability to start a conversation while in the workflow management tool. According to Rago, “Anyone in the workflow can ask or answer questions about an invoice and it’s all documented in the system. So there’s no need to go to email for communication then try to save email documentation. Managers, auditors, and compliance can see any discussion about an invoice in the system itself. In an industry like insurance, that level of documentation simplicity is critical.”

And once the approval workflow is complete the invoice is released to Starr’s Microsoft Dynamics GP system with very little human intervention. “CoreIntegrator Enterprise is tightly integrated with GP. And the CoreIntegrator team knows GP inside and out. They stay on top of GP updates and are always ready for the upgrades when they come.”

In the end, the strategic initiative to automate AP organization-wide was a smashing success.

Said Rago, “It required a little change management, but now everyone codes their own invoices in CoreIntegrator Enterprise. Which not only automates the process but also creates an actionable audit trail.”

And the benefits have been enormous.

“The biggest benefit is that our AP department isn’t doing any data entry anymore. And they used to do excel spreadsheet for allocations – it was a mix of paper and electronic files. It worked - but it was painful. Now AP staff simply review the document/invoice in the system, since the requestor has entered all the pertinent data, press a button and then it is sent to GP. All of which is also automated.”

Starr and Theresa also used CoreIntegrator Enterprise to customize automation around refunds, recurring invoices and policy adjustments. And it’s all in one place, along with approvals and full documentation.

Theresa also reports that the ability to see the status of payments in CoreIntegrator Enterprise has even reduced the number Microsoft Dynamics GP licenses Starr needs to hold as well as the calls to AP asking if an invoice has been paid. “Eliminating the expense of additional GP licenses is just a cherry on top,” she said.

Once Starr had its AP processes automated and functioning, Theresa started to think about other workflows that CoreIntegrator could automate.

She continued, “Then we looked at the receivable side. We wanted to have control over receivable due date changes. And so, we built a separate workflow in CoreIntegrator Enterprise for that too: collectors put in request for due date change and use reason codes along with documentation and it gets routed for approval in an automated process – along with a complete audit trail.”

“The list is endless with regard to workflows you can automate with CoreIntegrator Enterprise. That’s a testament to its flexibility. And the CoreIntegrator team will brainstorm solutions with you. They are experts at workflow automation as well as GP, so they come up with solutions to requirements that I never even thought of,” Rago said.

Theresa says she also appreciates CoreIntegrator’s personalized approach to support: “From a maintenance perspective I submit a ticket and they are extremely responsive. And rather than just fixing things for me they take the time to train me on how to fix things myself. And they even let me choose my favorite support personnel to work with.”

“From a user training perspective, they provide training tools like videos and documentation. But the look and feel of the system makes it easy to use and easy to train on – which has really helped with user acceptance - especially for approvers who tend to be busy managers and executives. In fact, CoreIntegrator Enterprise is so intuitive that some of my users come to me and say they don’t need training - they can just use it even without being trained on it,” she said.

“And CoreIntegrator is always coming out with new releases and new features. They are open to new ideas and suggestions. But are also always coming up with new features and functionality on their own. It’s not even the same system it was 5 years ago…it just keeps getting better and better.”

Today, Theresa and Starr Companies have used CoreIntegrator Enterprise to automate over 40 workflows.

And according to Rago, “There are many more on our list. It’s just a question of prioritizing which workflow automation projects are most critical and will provide the best return on investment.”

“Honestly, I have nothing but great things to say about CoreIntegrator Enterprise, the company and the staff.”

“This was my second time implementing CoreIntegrator Enterprise. That’s the highest compliment I can pay to it: it works so well that we chose it again for Starr after I had already implemented it in for a previous employer. And I always recommend the CoreIntegrator Enterprise system at GPUG (Dynamics GP User Group) meetings as a client saying I love the system. It’s fully customizable to automate any workflow and yet it’s simple, intuitive,” she said.